With Universal Studios if you have very little time then US can be done in half a day. If you are at the front gates for 9am when it opens it is possible to have the park done by about 2pm leaving time for extra rides or you can hop over to Island of Adventure and spend some time there riding the big ride. My advice is to cut out the ones your not interested in and just hit the rides one after the other. There are at least 2 shows ,Terminator and Bettlejuice that are time specific so you may need to plan your day a little around them. Again if you have a full day at the park you'll have more flexibility and take everything at a slower pace. 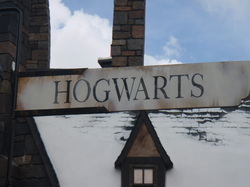 As for Islands of Adventure this is not really possible to do in anything less than a day unless you get really lucky with some small queue times. Generally this park is busier than its sister park US even though they are beside each other. It has the bigger rides and of course Harry Potter.

As with the FP in Disney World Universal Studios has its own version of this but you have to pay for it. Its called Express pass. In all my times of visiting Universal Studios I have never bought it. Roughly the longest I've ever queued for a ride has been about 45 minutes in US. However with the new Wizarding World of Harry Potter the queue's for the Forbidden Journey have generally been longer. If you have the spare cash then yes its a luxury than can be afforded. Because I've never bought it I cant advise whether or not its an unlimited pass or if it's single use only per attraction